As an undergraduate I was inspired by the work of Roger Ingham who, along with Geoff Rolls, a PhD student of his at the time, used interviews to examine young people’s attitudes to risky driving behaviour – yes there were many boy racers who drove fast, but there were equally groups of youngsters who were safe and sensible. Those driving fast and taking risks did so, basically to show off to others they were cool, linking driving to social status, 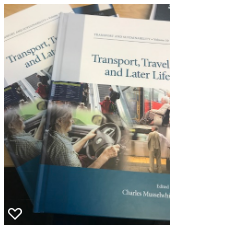 roles, independence and freedom. What happened to boy racers as they age? Are there any older boy racers? Inspired by this I set about examining how this changes across the lifecourse for my PhD at Southampton University. Yes younger drivers showed more deliberate risk for reasons likened to status and roles, but as people aged they could display risk when they were late or in a hurry, attributing their risk to external factors. Older drivers, traditionally, seen as slow and largely safe, still showed something about who they were from their driving. The old gentleman who used their retirement package to buy a Mercedes he’d always wanted and proudly showing it to me,

“I worked hard all my life. My cars show how well I did. My father didn’t have a car, so I suppose I was proud and still am of having a decent car” (male, driver, aged 85),

the older lady who helped her daughter by being able to help with the grandchildren, identifying her as helpful and giving her a sense of purpose,

“I can help the family out by collecting and taking my granddaughter to school. Without the car, I couldn’t do that” (female, driver, aged 70)

and becoming a centre of the community and the ex-lorry driver who gave lifts to (even) older people in his local community which stopped him being bored and kept his mind active.

Working with different age groups and studying  their mobility made me realise transport is about people first and foremost and that’s the focus I maintain true still today. My edited book for Emerald, entitled Travel, transport and later life, as part of their excellent Transport and Sustainability series, maintains that ethos at its heart. Hopefully it emphasises to those in policy and practice that transport solutions for an ageing population must not be forgotten and must involve a people-first policy. Following my PhD during a SPARC (Strategic Promotion of Ageing Research Capacity) funded project acting very much as my post-doc, I developed a model of travel and transport needs for older people, with Hebba Haddad, which was published in Quality of Life in Older Adults back in 2010, which highlighted mobility in later life was more than just getting from A to B. It was linked to psychosocial factors like identity, independence, freedom and roles. We also identified a further category, mobility for what appeared to have no explicit purpose, for its own sake, simply going for a drive to clear the head or going the long way round to see the forest or the sea on the way home from shops, for example (we called these aesthetic needs). Chapters 1 and my chapters with Hebba Haddad, chapter 4 and chapter 8 re-examine this model, showing how important the car is to people’s health and wellbeing, noting that mobility for those without a car must go beyond simply practical needs to meet psychosocial and aesthetic needs too, which too often they don’t.

A chapter from Deborah Mifsud and colleagues examines how we cope when natural changes in eyesight, hearing, physical strength and mobility due to ageing mean we can no longer travel such large physical distances to stay connected to things we want to do? Are we safe to carry on driving in later life? How can other forms of transport beyond the car help us? How do we cope if our local communities are empty as the locals work and recreate in different places to the ones which they live?

Ageing is largely a big success; people living longer than ever before is something to be truly proud of in society. Along with it comes renewed expectations about later life, including increased mobility expectations. Professor Roger Mackett sets the scene in chapter 1 identifying just how much mobility continues in later life in the United Kingdom and how this has grown in recent years, especially drivers, in 1975/76 in England, only 15% of over 70s held a driving licence, this has increased to just over 65% now. Even though mobility for work and for commuting reduces, journeys for leisure activities increase in later life. Journeys to visit friends and family and for general leisure purposes fall from around 75 onwards and it is these journeys that are really missed in later life; 12% of over 60s want to visit family more often, with 58% of them stating transport or journey is the major barrier to doing this.

One way of course to reduce the issues with giving-up driving is to help older people continue driving later on in life, but are older drivers safe to do this?  Kit Mitchell presents an excellent chapter in the book, which shows that although road traffic collisions occur in later life, largely this is due to frailty; older people are more likely to be a statistic from a crash or collision. Hence, on the whole, despite unfavourable changes in physiology, cognition and eyesight coupled with ageing, older people are able to compensate for these changes and drive relatively safely. There are some issues, though, where older people are over represented in statistics. Kit presents statistics from police data at the scene of a road traffic collision, that show older people are over represented in collisions turning right (in the UK) across traffic at non-signalised intersections. Kit offers some solutions to helping make roads safer for older people with special regard for this issue. Despite what the papers might say, Kit also demonstrates that testing of older drivers has little effect on road safety. Countries that have more stringent testing, for example employ cognitive or onroad safety tests, have no fewer collisions among older people or the population as a whole. In fact those places with the most relaxed licensing procedures, UK and Sweden have self-declaration of health over the age of 70 years for example, actually have fewer collisions among older people than countries with more stringent licencing. My chapter later on in the book covers training issues, specifically looking at whether computer-based training may help older driver safety. But again, despite some small scale and short lived positive findings, there isn’t very much good quality evidence to suggest that training helps older people’s road safety. The old call for more evidence being needed is certainly true here!

A big road safety problem is as a pedestrian. People over the age of 70 make up 11.8% of the population of the United Kingdom (UK), around 8% of pedestrian activity, yet account for a staggering 42.8% of all pedestrian fatalities . My chapter on improving the public realm for pedestrians covers issues as a pedestrian highlighting the barriers, poorly maintained pavements and issues sharing with cyclists, parked cars and mobility scooters are key, as well as improving safety, such as crossings. My research, supporting other’s research, suggests around 88% of older people do not walk fast enough for the timings on most crossings in the UK. This is worse for those in poor health, those who come from a lower socio-economic background and also for women (94% of females over the aged of 65 couldn’t complete the crossing in allotted time). There are solutions at hand, older people in Singapore carry a card to trigger longer at crossings and Neatebox in Scotland create a beacon between a mobile phone triggered

by an app and the crossing to give more time. But couldn’t we just allow more time to cross? Lobbying from groups wanting to increase crossing times has already begun. See the excellent Hey Mr Boris video developed by Elders Voice, Kensall Green, Brent, London as a message to London’s former mayor. Also see the recent videos from OAP care made for them by students at Sussex University highlighting concerns about the race to get across the road in Pelican Games and Ready Steady Slow.

I cover bus and community transport issues. There is evidence to suggest that the free bus pass for older people is not only beneficial to helping people meet mobility needs but by increasing use of buses, which in turn increase physical activity, can be  a protective factor in obesity and contribute toward positive mental and physical health in general. There is perhaps unsurprisingly, a large call for bus drivers to have more training with regards to older people’s issues. High anxiety is shown around drivers driving off before older people have sat down or not stopping when an older person has pressed the bell to stop but not got up to stand next to the driver. Norms and what we might call tacit behaviours are all issues that need more examination, older people are put off from using the bus for anxiety about missing stops and having to walk far, getting on crowded bus services, unreliability of services and personal safety issues. Suggestions for improving these are included.

An excellent chapter from Tim Jones and colleagues covers older people cycling from the brilliant CycleBoom study in the UK. As might be expected, better off road cycle provision that is safe and comfortable to use can really help older cyclists and conclude cycling needs to be part of an age friendly community agenda.

A couple of chapters conclude proceedings. I look at the potential for technology to overcome physical necessity to get travel needs satisfied, for example using tele-medicine, e-shopping and virtual reality to simulate going outdoors. David Metz’s chapter finishes with how technology can help older people with better real0time trip information, and cheaper lighter mobility scooters and e-bikes, as well as looking at the increasingly automated systems within transport and the potential for driverless cars

Transport is always seen as just something that happens, something that isn’t rocket science, something that it is someone else’s responsibility to sort out. Consequently it is often seen as an add-on, something to be sorted after the event. We need to start taking transport more seriously, to see it central to our lives, to link it more closely with mobility, health, wellbeing, as a protective factor in isolation and loneliness. When it gets the attention it deserves we can start thinking about designing a transport system to support older people’s needs and help them stay connected to the things that matter to them.